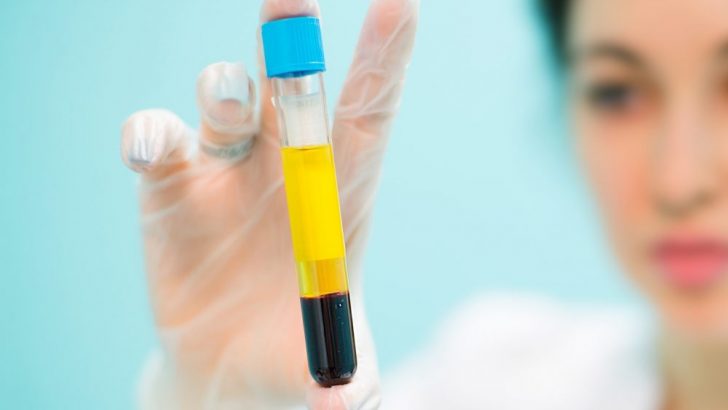 WHAT BENEFITS ARE THERE?

First, the rejuvenation and regeneration of the ovarian tissue: The probability of achieving pregnancy with PRP increases in women who cannot conceive due to a problem in the ovarian reserve at an early age or in advanced ages.

The PRP process in the new age has started to become widespread and positive returns are increasing. Another purpose is to thicken the inner wall of the uterus, the endometrium.

In transfer, we also get positive returns in ensuring the thickness of the endometrium, which plays an important role in embryo transfer.

So what is PRP? How is it applied?

It is performed by preparing the platelet-rich plasma from the person’s own blood and injecting it into the ovary or uterus. It is the method of injecting and applying plasma rich in platelets and growth factors into the organ or tissue to be treated. While it has been used in the treatment of musculoskeletal and bone injuries, especially in the fields of orthopedics and plastic surgery, for more than 30 years, it has also taken a great place in IVF treatments.

THE FIRST STEP IN PRP IN IVF TREATMENT:

On the day of PRP, the patient’s blood is taken into a tube containing a substance that will prevent clotting. Sufficient numbers of tubes are placed in the centrifuge device. White blood cells and platelets are separated from red blood cells and serum by separating them from the blood components in the centrifuge device. Thus, the substance to be used in PRP treatment becomes ready.

THE SECOND STEP IN PRP IN IVF TREATMENT:

Following the preparation of PRP, it is injected into the ovaries or endometrium by transvaginal ultrasound, under or without anesthesia, depending on the patient’s request. Depending on the doctor’s approval, the same process can be repeated with different sessions.

WHO SHOULD BE APPLIED?

Can PRP be applied everywhere?

PRP is now applied in almost every IVF center. However, it is possible with the help of outsourced companies. Of course, if the hospital does not have a PRP device.

Is there any need for extra preparation for PRP?

You can perform the PRP application by making an appointment between the days your doctor says. No extra preparation is required.

Should it be done under anesthesia?

Although anesthesia is preferred, it is a procedure that can be performed without anesthesia. However, we prefer to use anesthetized sedation anesthesia since there will be some pain and ache.

Let’s start by getting to know our genetic structure. Genetic lineage is an ongoing factor inherited from parents and passed on to children. It is found in the DNA structure that exists in the nucleus of the cell. Although the DNA molecule is located in the nucleus of the cell, the structure that carries the hereditary characteristics of the mother or father-to-be of the human being and brings the units together is called the chromosome. Chromosomes provide the transmission of genetics to the re-existing cell formed with cell divisions. The factor that exists in the structures of chromosomes and controls the vital activities of the cell is DNA. The factor that carries characteristics such as DNA, hair color and blood group is called a gene. Genes ensure that every embryo, every human being, every mother and father candidate, has different characteristics from each other. These differences come from the different encodings that exist in the genes. The units that carry the hereditary information of each person are respectively called as: Chromosome DNA, gene and nucleotide.

Every human has 23 pairs of DNA, half of which comes from an egg cell and half from a sperm cell and the other half from a father. The first cell formed by the union of the egg and sperm is called the zygote. While genetic defects in the DNA structure or chromosomes in the family can be passed on to the next generation, genetic information can occur and be shaped in new changes that do not exist in the family during transmission. However, it is possible to detect and examine with special genetic methods. Otherwise, it is impossible to understand and see with the naked eye. The basis of genetic tests is to detect the number and structure disorders in the structure, chromosomes and genes of DNA that carry genetic information. Genetic diseases are examined in three groups as single-gene diseases, chromosomal disorders and multifactorial polygenic diseases. Diseases that occur as a result of a single gene defect are called single gene defects. Such diseases are usually passed on to the next generation by the mother and father-to-be who seem healthy. The mother and father appear perfectly healthy but only qualified as carriers.

Unfortunately, although treatment for genetic diseases is not very possible yet, diagnostic and screening methods for prevention and prevention come to the fore. The mother or father-to-be with a chromosomal anomaly has the right to choose the in vitro fertilization treatment while having a baby and request the transfer of the genetically tested embryo. Thus, we are able to solve a situation that is actually incurable with the first diagnosis method. For this examination, the consent of the patient must be obtained with the knowledge of the patient. Before the test, genetic counseling can be given to the patient by a genetic specialist if necessary. However, if the explanation of the IVF specialist will be sufficient, the patient can also be informed by the IVF specialist. The patient is informed about the genetic disorders that cause this process, the possibility of resolving these disorders, healthy embryos, and how the tests are carried out on whether the embryos can handle genetic research. It is not even possible to conduct genetic research without the consent and signature of the patient. Pre-implantation genetic diagnosis, on the other hand, these applications, called PGT, were started to be performed for the first time in single gene diseases about 20 years ago.

PGT methods, which are still continuing today, have become more and more comprehensive. Many gene diseases can be diagnosed by examining a single cell taken from the embryo. Thus, couples with high genetic risk can now have a baby with peace of mind. Having a healthy baby is one of the greatest chances for them.

So who should we genetically diagnose?

In the event that the mother or father-to-be is a carrier of a single gene disease,

A genetic examination can be done in cases where couples with diseases such as hemophilia want to have a baby. However, in cases such as recurrent miscarriages, recurrent infant losses, and heavy male factor, it is possible to transfer genetically engineered embryos with patient consent.

Evaluation of infertility before IVF treatment

Even in existing spouses with normal fertilization ability, pregnancy may not be possible as soon as birth control methods are terminated. This can happen in less than 60% of spouses within the first three months. Infertility can be defined as the inability of a woman to become pregnant despite having sexual intercourse for at least 1 year without taking any protective measures, or the inability of the pregnant woman to continue this until delivery. Because sometimes, women get pregnant, but their pregnancy may not continue until delivery. In such cases, in vitro fertilization may be considered appropriate after investigating the cause. A diagnosis of infertility is, of course, nothing to be ashamed of. The problem of not being able to have children is very common and frequent. It can be seen in approximately 8% or one of every 12 couples. A study conducted in the USA showed that this is not possible in 10-15% of couples between the ages of 15-44 who want to have a child. Infertility is generally of two types. The primary one is a type of infertility followed when both spouses cannot have children beforehand. Secondary infertility, on the other hand, is called secondary infertility if one of the spouses has had a child before but this time cannot have a baby. The factor responsible for infertility may be present in men as well as women. It is quite common in male-induced infertility, and almost 40% of it is female, 40% is male, 10% of both female and 10% are unexplained infertility.

What kind of help do couples who cannot have a baby get? Where does IVF treatment take place in this process?

Remember that inability to have children and infertility are not the same thing. A very high percentage of them can overcome this problem. However, it is important not to be late to seek help from the doctor. Yes, we want help from the doctor, but where are we in the treatment or at what stage of infertility are we? It will be the healthiest for you to consult an IVF specialist without letting the years pass. It may not be easy to try to share with a third party, even a doctor, while evaluating the details that are normal between spouses when starting and before starting IVF treatment. It is extremely important for you to establish and maintain good communication with these people in order to identify and treat your infertility successfully.

While evaluating infertility, you may hear four questions before deciding on IVF treatment;

To find answers to these questions, some research can be done before treatment. General rule; It is to start with a simpler test that will disturb the patient less. However, when no response is received with small procedures, more complex tests are started. Infertility is one of the most common problems of the couple.

The tests that you should have with you when you go to an IVF specialist;

If you have had miscarriage, abortion, in vitro fertilization before, your surgery and embryology epicrisis.